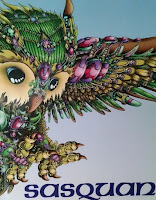 Sasquan, or WorldCon, to be exact. As I type these words from my room at the Davenport Grand Hotel, I'm attending the famous annual event. In Spokane. Which is, in and of itself, dandy, however, this past month, all of the state of Washington is burning. So we're hunkered down in the conference, and using the sky walks to get from point A to point B, not because of the cold, but so we don't breathe the brown-gray smoke that fills the skies. Some of us, to appease the gods, have sacrificed chickens while dancing under the blood red sun.. but those are mostly the costumers. Mostly.

What is WorldCon? In short, it's a celebration for Science Fiction and Fantasy writers; a chance for them to crawl out from behind their desks of their mostly solitary writer-life and mingle with other like-minded, solitary critters. Like me. Some dress up as the characters and creatures that sparked their imaginations. Others, just like dressing up.

I'm here to moderate a couple of writer sessions. Some authors come seeking advice on how to better their writing, or their sellability to publishers. They've submitted works to the Con for that purpose. This year, organizers received over 50 entries. Who says books are dead!

Those entries have been divvied up between several industry professionals in small sessions, intended for a bit of one-on-one advice. Each three-hour session has three authors who'll receive guidance from three professionals. My job? To make it all run smoothly; to ensure that each author receives equal time in the discussion, and that each professional gives useful advice.

Then, it's off to the floor, to be dazzled by the books, the jewelry, and the costumes, both for sale and on persons. Oh, and try not to be parted from my hard-earned cash! 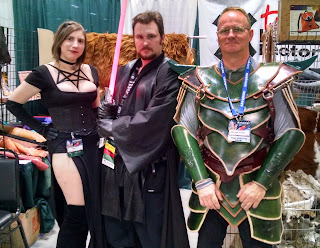 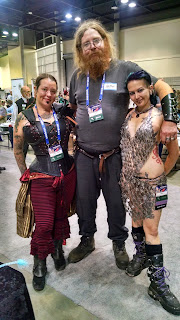 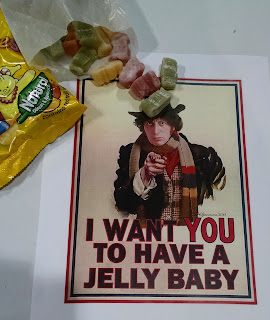 Why should you come? Every year it's in a new location, which adds to the uniqueness of the event. Every year it has a new theme, new authors, new Hugo nominations... did I fail to mention that? If you read sci-fi/fantasy books, then you'll know that the Hugos are the coveted award for those authors. This is where that happens. This is where the ballots get tallied, and the best of the best (voted on by the industry) get awarded. Dress up folks – it's the Academy Awards for Sci-Fi/Fantasy!

Books not your gig? “I'm more of a Star Trek fan.” Not to worry. Here, it's all about the genre. Everything Science Fiction and Fantasy; movie and TV. There are talks about it all!