[This article first appeared on Melissa Snark's The Snarkology last month. Thank you, Melissa, for all your hard work. It's always a pleasure working with you.] 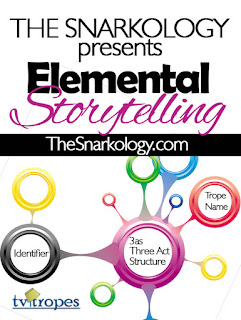 The Dead Man's Deal is an urban fantasy set in New Orleans. The following molecule contains elements that outline the character, the plot, and the enemy the heroine faces, as well as the sit-back-and-relax attitude readers should enjoy. 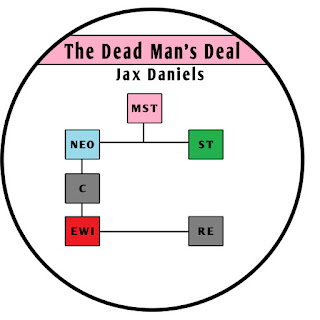 The molecule begins with the audience.

Mystery Science Theater 3000, MST - "Repeat to yourself it's just a show, I should really just relax."

NEO, The Chosen One who is also the ST, Storyteller. Neo is the ultimate victim, because Destiny Says So. The Storyteller is the character that is noted for her ability to tell tales.

Winki Witherspoon doesn't want this job! In fact, she didn't even know this world existed until her husband passed away and imbued her with magical abilities. This is her story, told in first person, in her voice.

C, Conflict. Conflict is the basic problem to overcome.

Winki discovers that the death of her husband might not have been the accident she thought it was. After an attempt on her own life, she realized she needs to unveil the traitor before she becomes a victim. Her life devolves into nothing but conflict, from the Tournaments she's forced to participate in (bloody, physical, brutal battles for the best) to fighting the liar in her midst.

EWI, the enemy within and the final RE, Reveal. When we discover how the villain has been manipulating everyone.
"Someone isn't who they claim to be." Those are the words Winki reads in a letter written to her from her husband when he realized he'd been betrayed. Winki, thrust into this odd and perplexing world, must discover the truth and reveal the traitor before she herself is killed. Or turns evil. 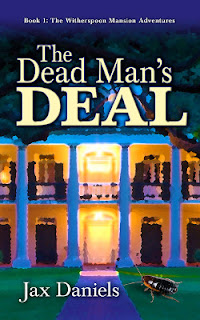 When Winki Witherspoon lost her husband she inherited his New Orleans mansion and his magical talent. Can she master it and discover his traitor before she too is destroyed?