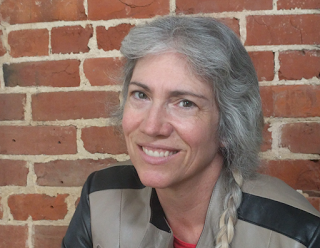 Jax Daniels graduated from the University of California, Berkeley, with a degree in Applied Mathematics. Thankfully, no one holds that against her. She was first published in 2014 with The Dead Man's Deal, book one in the entertaining series The Witherspoon Mansion Mysteries. She and her husband own a grumpy pug named Savannah.

Thankfully, no one holds that against her, either.

When Winki Witherspoon lost her husband she inherited his New Orleans mansion and his magical talent. Can she master it and discover his traitor before she too is destroyed?
Synopsis
When her husband Will is unexpectedly killed Winki Witherspoon inherits more than just a New Orleans’s mansion. She inherits his “talents”, or magical ability she never knew he had. The new domestic staff (her butler Jeeves, her maid Mrs. Black, her cook Mrs. White, and her mad-scientists, Mr. Smith and Mr. Wesson) help prepare her for the annual Tournament, a brutal conflict where House Champions vie to control the flow of good or evil energy into the mortal plane. Winki soon realizes, however, that one of them is a traitor, and possibly her husband's killer. From beyond the grave Will guides her through her new life while warning her of evil’s temptation, a vice he once succumbed to. With the help of her silent healer and her cockroach familiar, Winki must use her newfound talent to defend her home, find Will’s traitor, and protect the world before she is killed... or turns evil herself.

Winki Witherspoon suspects foul play when a celebrity chef loses her entire family, not in one freak accident, but three. She uncovers more than a twisted vendetta; it’s an attempt to destroy the world.
Synopsis
While Winki Witherspoon struggles with her new magical talent, conjuring, she, with the rest of New Orleans, is shocked by the news about Saffron Jolly, a beloved local celebreity chef. Jolly's entire family was killed, not in one freak accident, but three separate incidents in a single month. Even to a newbie, that sounds less like the worst luck ever, and more like dark magic at play. Hoping to uncover the truth she endeavors to win her first Tournament, putting her Healer's freedom on the line. The sinister path she follows leads her far beyond some twisted personal vendetta. Someone is trying to destroy the world.