It's Festival Season! Hogs for the Cause

The first signs of Spring always brings joy to people across the country. Few of you, however, get to enjoy it “New Orleans” style. Spring to us means Festival Season! From now until roughly late October most every weekend has some kind of haps. And this past weekend was no exception. I attended the Hogs for the Cause. 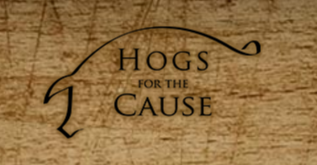 Hogs for the Cause is a music and bar-be-que festival (that would be the “hogs”) that raises money for families dealing with pediatric brain cancer (or, the “cause”).

I attended last year. Being diligent, I decided to walk the place first, sussing out the delectables before committing the precious stomach space. As I did so, two things became quite apparent. Firstly, there was genuinely no foodstuff you couldn't make that didn't require bacon. This stretched the culinary spectrum from cracklin' cornbread (for those of you who aren't from the south, cracklins are also pork rinds), to bacon cupcakes. I had the chocolate cupcake (the guy serving me was trying to pass off the vanilla – the nerve!). Corn on the cob cooked in bacon grease, brussel sprouts with pork belly and apricot jam (sooooo goooood), and bacon ice cream. Yes, you read that right.

The second thing that struck me was the names of the vendors. You've never seen more pork and porcine puns this side of the Pecos! 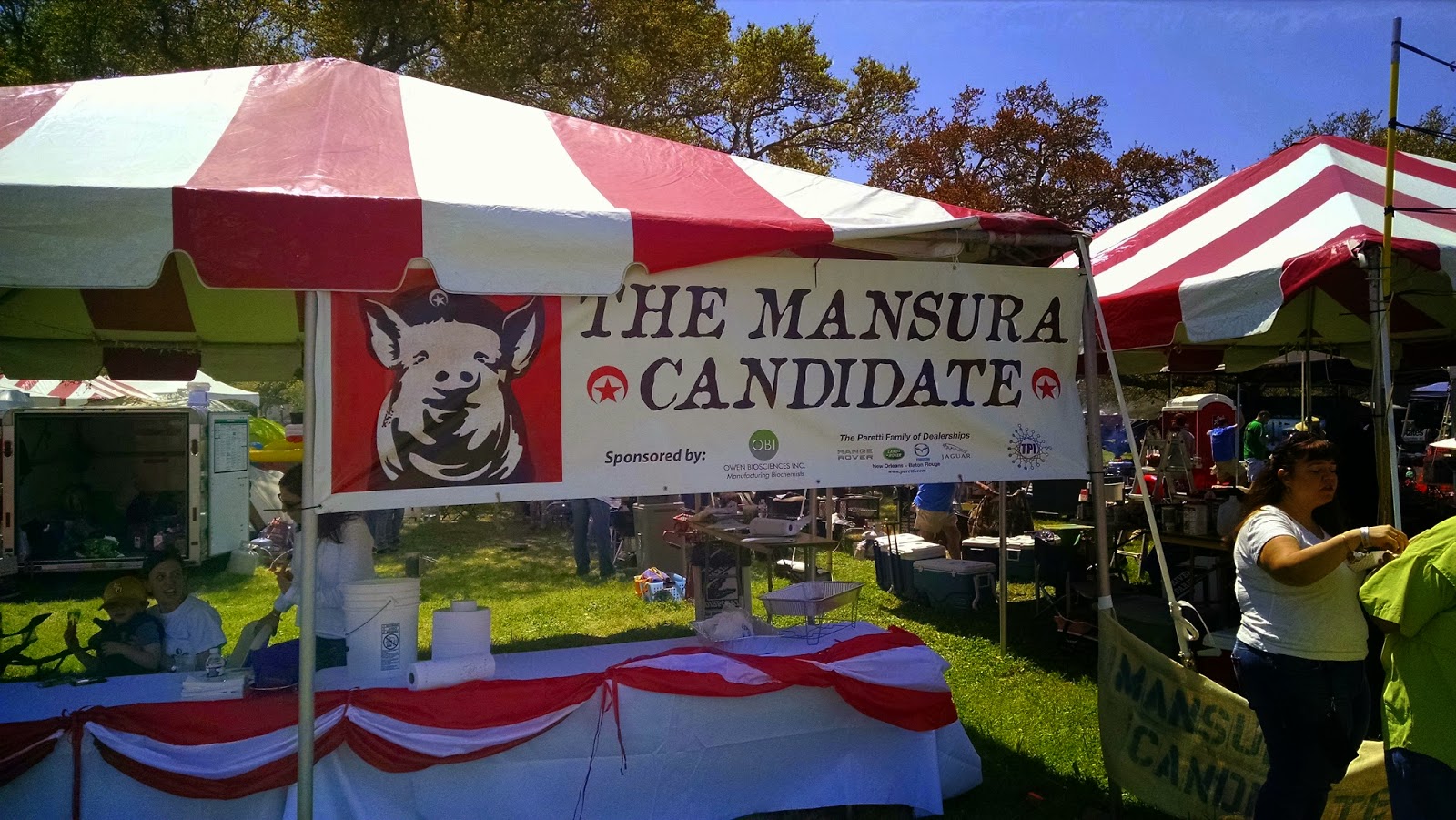 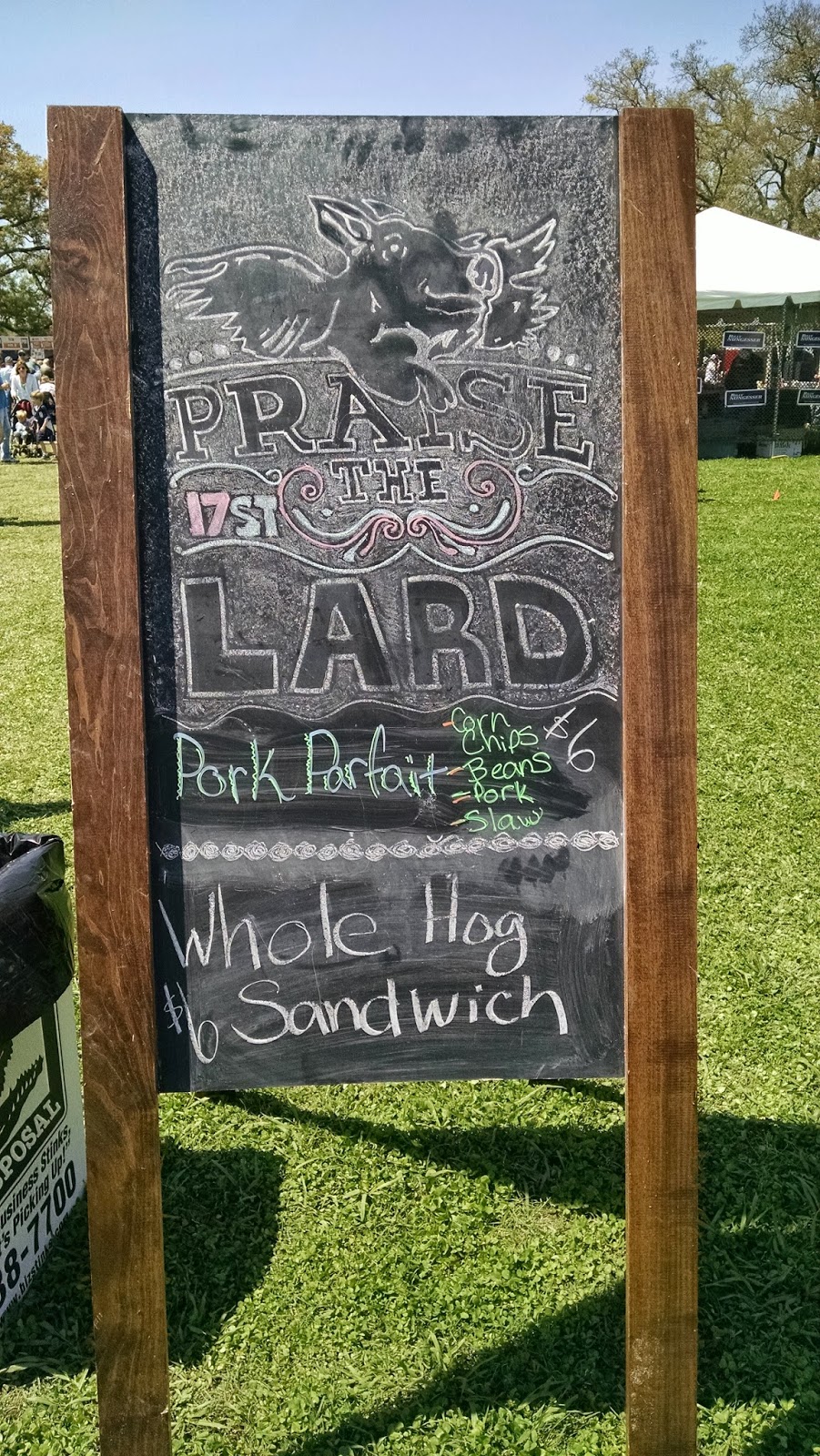 The smell of smoke hangs so heavily in the air, you need to wash your hair and clothes when you get home! WARNING: Not a good place for vegetarians!


But great for kids and families. 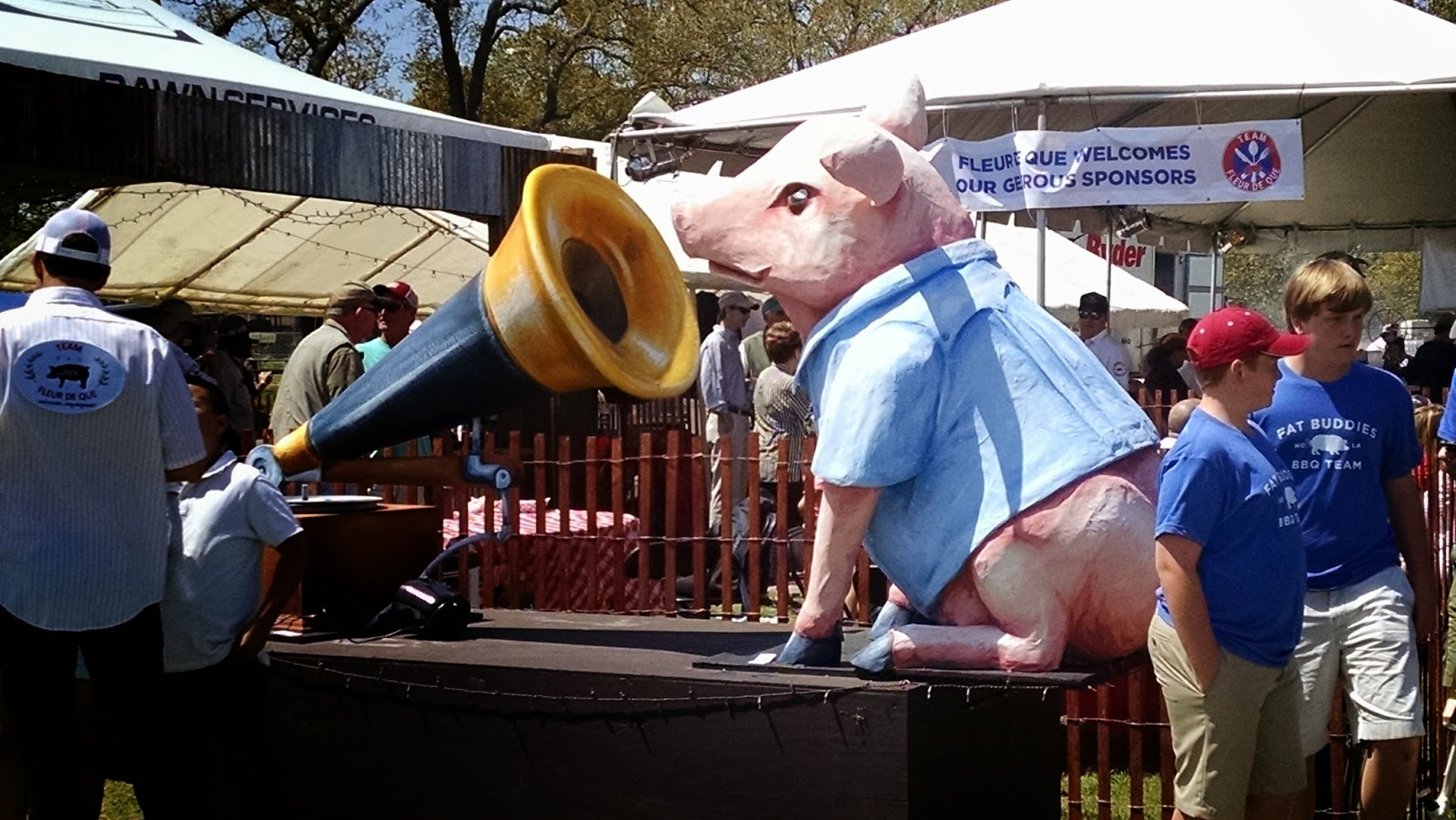 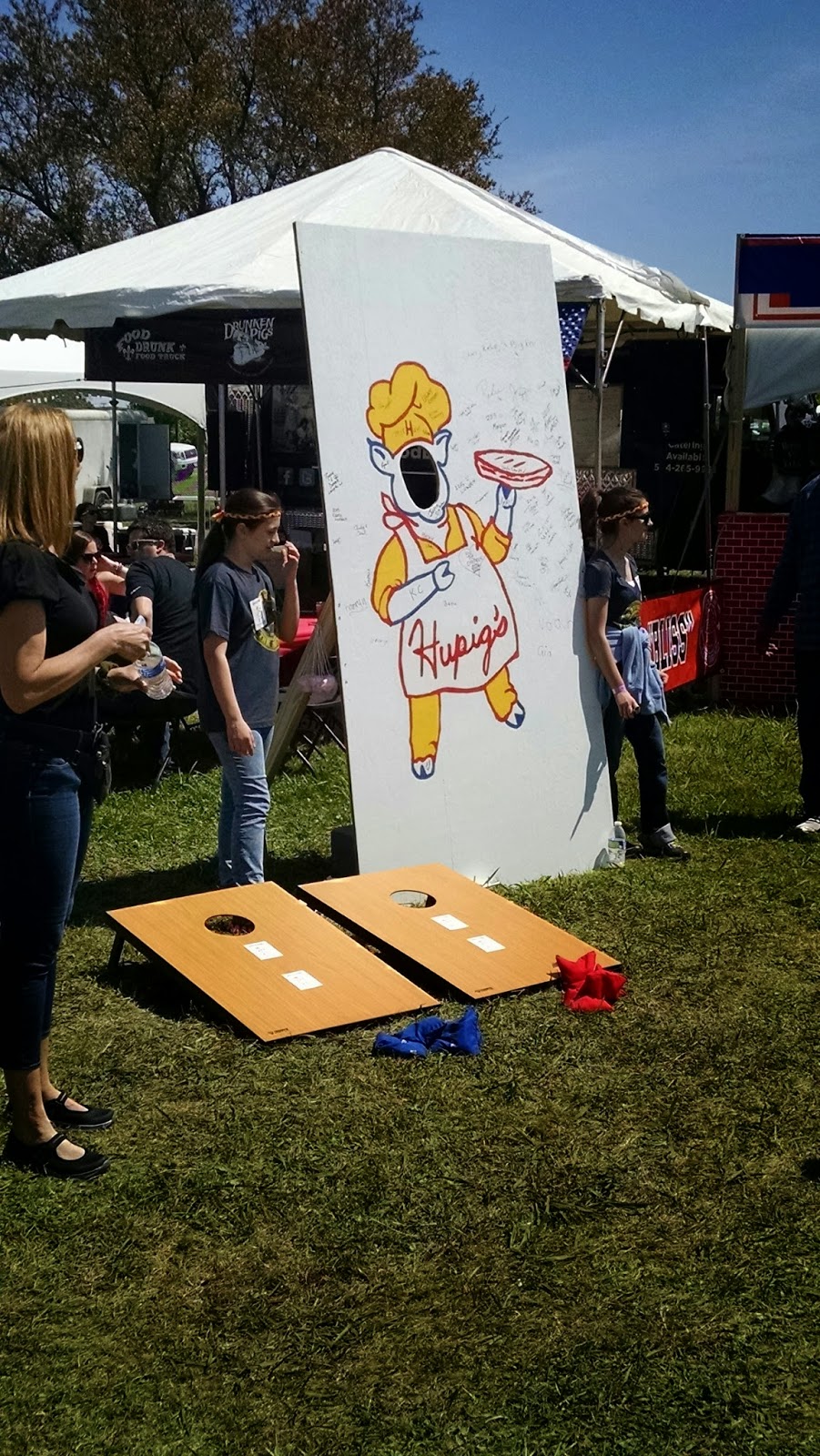 Hogs for the Cause is April 1st and 2nd, 2016. If you've ever thought of taking a trip to New Orleans because you'd like to see our party side, but just can't bring yourself to deal with Mardi Gras or the famous Jazz Fest crowds, I sincerely encourage you to join us for this.
1 comment: 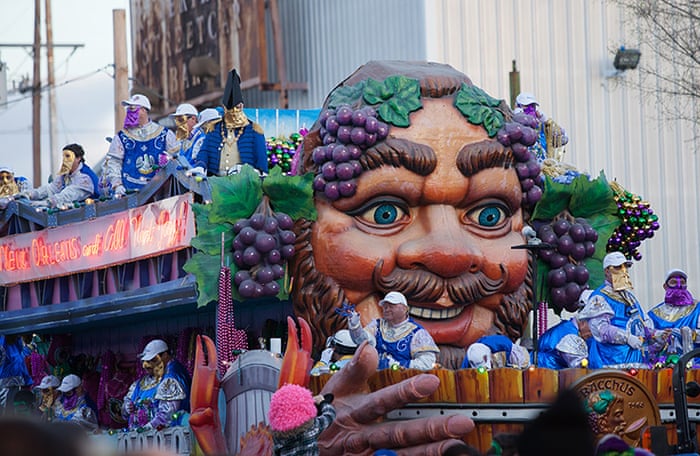