Until I joined Toastmasters I'd never heard the term "blue word".  But I was painfully aware of their existence and the battle we all have about when and how to use them. Especially as a writer.

A “blue word” is a swear word. Don't worry, I intend on keeping the "G"-rating of my blog.
Blue words are unique in that they are tied to us emotionally. We don't typically utter them thoughtfully, but reactively. If you see something dreadful (like a car accident unfolding before your eyes), you probably utter a blue word. If you're angry, you might react using a blue word. And, more interestingly, of all the words that leave your mouth, you may regret or even feel ashamed for uttering a blue word. How many times as children had we been told, "Never say that word"?

If you've ever lived in a foreign country then you know some of the first words you'll learn are the blue ones. Why? Firstly, they're heard a lot, and, more importantly, they have no emotional power over you. For example, if I say merde, a Frenchman might be offended, but no American would be. It doesn't mean anything to us. It lacks the emotional tie, and therefore, is just a word. Similarly, anyone who knows English as their second language has no hesitation using our blue words, though you and I may blush at their language. Again, these words mean nothing to them.
As a writer they pose a problem for me. I put my characters in some terrible situations. If I were in their place I’d react with the words, “Oh my god.” I do it all the time. But as a reader, these are boring words. They just don’t spark the same emotion reading them as they do when said. Yes, I can convey anger using the “f” word, or someone’s sassiness with other swear words, but they don’t read well, so I use them sparingly, only when I need to make a specific point.
Which leaves me with a problem. Either I dismiss them (not very realistic!), or — and this is key — I make up new ones. I tend to the latter, which allows me to do more than just show emotion; I can give you some insight into the character or the situation.
For example, let’s say John meets Steve, and thinks ill of him. I could write:
John thought, “He’s an a**hole.”
True, we all know how John feels about Steve, but reading this you might think John’s a bit crude, maybe a bit of an a**hole himself. But, I could write:
John thought, “What a jerk.” 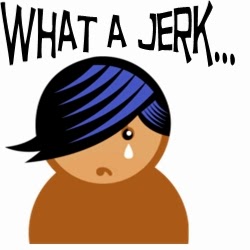 The reader gets the point without swearing, and still may have the same opinion about John. Let’s go beyond that. If we want to change the reader’s opinion of John let’s try:
John thought, “He’s got the charm of a malcontented garden slug.”
We have successfully made the point (John doesn't like Steve) yet we've gained some insight into John, who now appears thoughtful, witty, possibly educated, and, well, I'd like to shake that man’s hand!
This applies to expletives. If pulled off well your audience will know exactly what’s being felt and feel it themselves. Classic examples of this are: 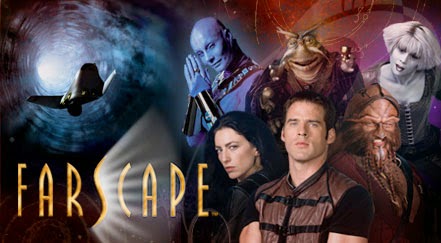 Turns out it’s not easy. In fact,when you're writing making up a word that mean “f- you” stops you dead in your tracks, making you lose your momentum, and your own sense of urgency, or danger, or surprise. Now I’m not in that space of “I’m being attacked by thirteen goblins!!” so much as staring into space asking, “What’s a good word for…?”
As writers we're supposed to be creative. To connect with people, we're supposed to be realistic, even in our fictional works.
Try it. Send me a couple of ideas while you're at it. Cripes, I'm always looking for good swear words!